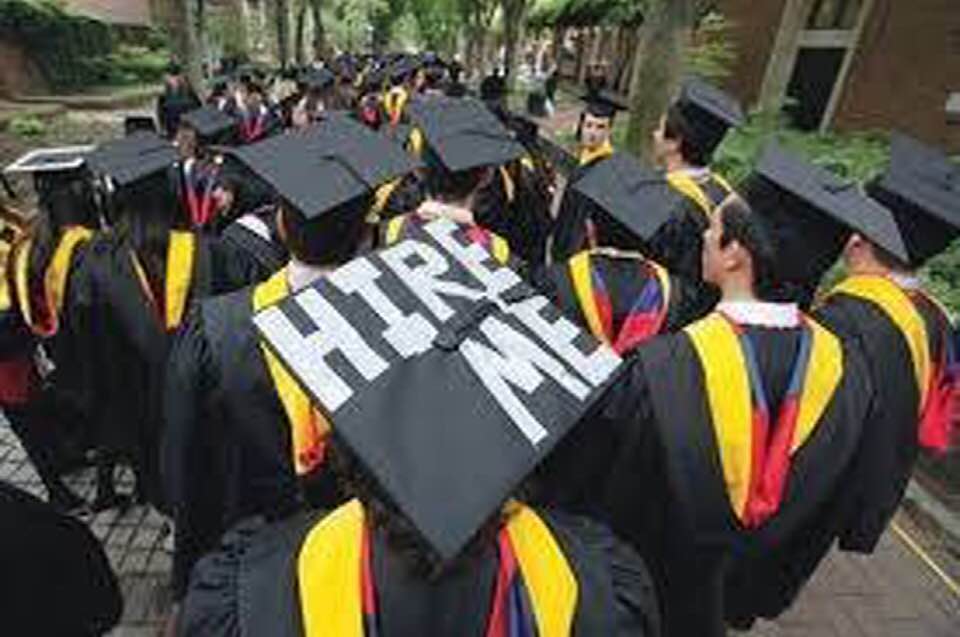 Overall, new entrants to the labor force are seeing the biggest wage increases in high-skill fields, with a 7.6% jump in information — which includes computer workers — 6.8% in construction and 6.5% in manufacturing. Starting wages ranged from $9.41 in leisure and hospitality — which includes restaurants, bars and hotels — to $16.79 in information, according to ADP.

The typical gain for new workers is also bigger than that of existing ones. Pay was up 4.9% in March for workers who held the same job for at least a year and 4.4% for workers who had recently switched jobs.

“This is the time to jump into the workforce,” says Ahu Yildirmaz, vice president of the ADP Research Institute.

ADP’s data is based on the 20% of the labor force the firm can track because it provides payroll services to the workers’ employers.

One reason graduates may be benefiting from larger overall salary increases is the historically low 3.9% unemployment rate that’s making it tougher to find job candidates. Rather than pay a premium for experienced workers, some employers would prefer to bring on fresh-faced grads and train them, Yildirmaz says. That’s increasing the competition and pushing their earnings higher.

New entrants are still a bargain, earning an average $11.96 an hour, compared with $29.86 for people holding jobs and $27.91 for job switchers, ADP figures show.

Another reason entrants are seeing larger pay hikes is that many may have recently picked up cutting-edge skills and knowledge in the classroom, particularly in fields such as digital technology, Yildirmaz says.

The West — which houses technology hubs such as Silicon Valley, Seattle and Denver — led the nation as newly-minted workers there saw pay increases of 7.4%, compared with 5.1% in the Northeast, 4.9% in the Midwest and 3.8% in the South.

The average hourly wage growth reported by the Labor Department, which includes workers who switch jobs frequently, was 2.6% in April, down from 2.8%. But it’s expected to accelerate as the labor market tightens further.

Next Article : This is when you should consider switching careers during coronavirus
Share :